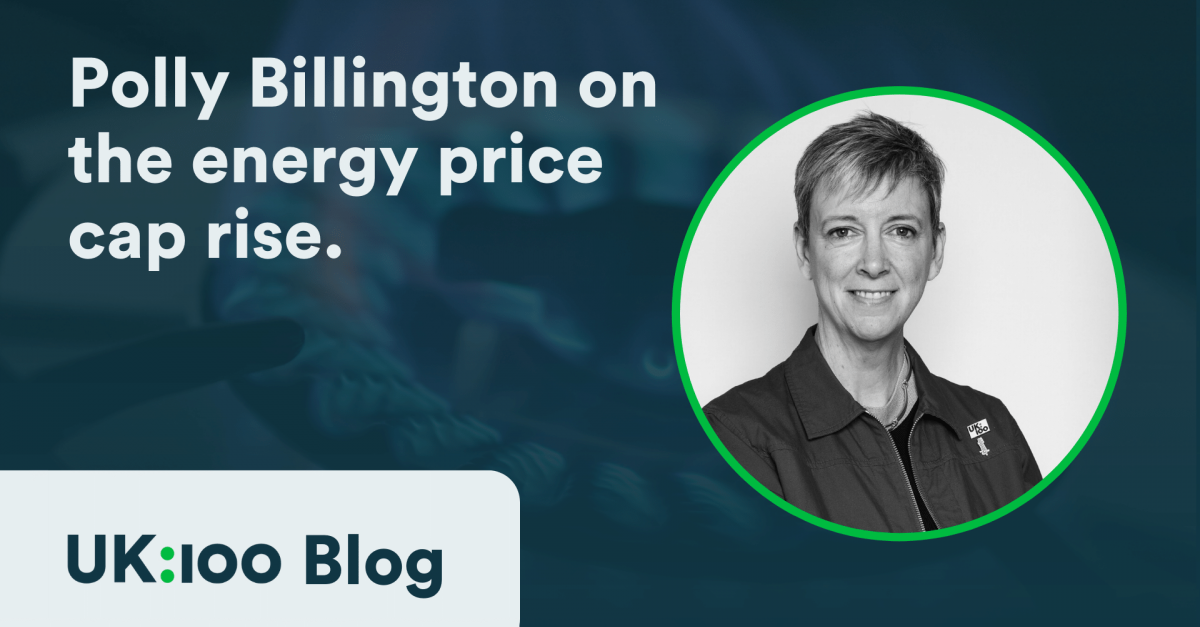 Energy
With households already beset by a cost-of-living crisis, it's impossible to see how many families will cope with an annual average energy bill increase of over £1,500. We are looking down the barrel of a bleak winter across Britain.

Today, Ofgem confirmed a staggering energy price cap rise of 80% to a record high of £3,549.

With households already beset by a cost-of-living crisis, it's impossible to see how many families will cope with an annual average energy bill increase of over £1,500. We are looking down the barrel of a bleak winter across Britain. Urgent action is needed to help communities now.

But while cash handouts are a vital short-term measure to support the most vulnerable across the country, we cannot pretend that those funds are going anywhere but straight back to the energy firms already making record profits.

The handouts announced in May, months ahead of the latest rise, will cost taxpayers £21bn. How much will that bill increase when the cap rises again in January?

What we need to do is look beyond the short-term.

With energy prices sky-high and only forecast to get higher, and millions facing fuel poverty, it is finally the time to grasp the energy efficiency nettle.

The cheapest energy is the energy we don't use, and we need a nationwide drive to improve the energy efficiency of our homes — a drive that will permanently slash energy bills.

We need support for an emergency energy efficiency strategy that prioritises, first and most urgently, upgrading Britain's social housing stock.

Local and regional leaders are ready to deliver those improvements and reduce bills for their constituents. But they need backing from the government.

Britain has some of the draughtiest homes in Europe. If our radiators kicked out five-pound notes instead of warm air, we would see wads of them escaping from homes up and down the country every winter.

Our homes are leaking money and energy.

This can be the only explanation for why Ministers have seemingly passed up almost every possible opportunity to improve the energy efficiency of Britain's homes, including recently scrapping a £1bn scheme to do just that.

Whoever takes the keys to Number 10 needs to face up to the challenge and focus on real solutions, not just throwing good money after bad.

Short-term help is desperately needed in the face of the current crisis.

But the only way to tackle it in the medium and long-term is to fix the roof while the sun is shining. And not just the roof. We need to insulate the walls and triple glaze the windows too.

And with that in mind, UK100 will host a “Tackling the Energy Price Crisis” summit on 17 November, in cooperation with the West Yorkshire Mayoral Combined Authority and Mayor Tracy Brabin.

The event will focus on the role of local and regional leaders in delivering energy efficiency upgrades.

We will also launch a new social housing energy efficiency report exploring the cost of a nationwide programme to upgrade Britain’s social housing stock and the associated energy bill savings — alongside the jobs dividend.

You can register for the event here. More details will be announced shortly.