Oh, I wish it could be Clean Air Day every day 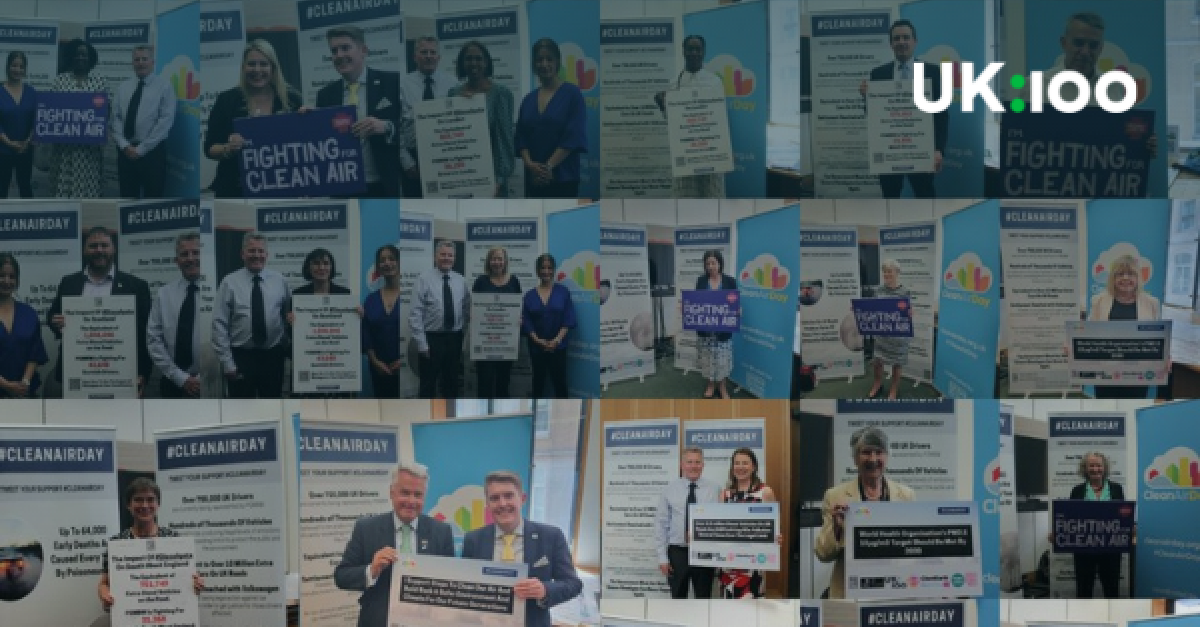 Clean Air
June has been a busy time of clean air action and advocacy. Here is a round-up of what UK100 has been working on throughout the month.

Air quality, for better and for worse, has been high on the national agenda throughout June. From the National Audit Office warning that the Government will miss its air pollution goals, to Clean Air Day, via the Mayor of London's support for Ella's Law.

It has been high on the agenda of Local Authorities across the UK and a priority for UK100, brought into focus by the priorities for action agreed by Mayors and Local Leaders at UK100’s Clean Air Summit that took place in October 2019.

Throughout June this year, UK100 has been working hard to raise the issue of clean air on behalf of our local authority membership.

The report identifies areas where clean air and Net Zero (CANZ) policies could deliver win-wins for both issues. It also argues not enough has yet been done to learn from the mistakes that led to dieselgate, where diesel vehicles were promoted across Europe as a climate-friendly option without regard to the increase in deadly air pollution emissions associated with diesel combustion.

Nearly 40 MPs and peers attended the parliamentary drop-in at Portcullis House, including ministers and shadow ministers.

On Clean Air Day itself, 16 June, UK100 again worked with the APPG on Air Pollution to host a virtual event with UK Minister Jo Churchill MP, chaired by APPG Chair Geraint Davies MP. The event — which attracted over 50 participants — can be viewed on YouTube.

On Friday, 17 June, UK100 coordinated and sent a letter to the Environment Secretary George Eustice. More than 20 local leaders and mayors signed the letter to pledge to meet WHO air quality standards a decade before the Government's target. The signatories included the London Mayor and his colleagues in Liverpool, West Yorkshire, South Yorkshire and Bristol, alongside cross-party leaders from up and down the country.

The letter was part of a response to the DEFRA "environmental targets" consultation, which closed this week. The press release also reacted to the National Audit Office air pollution report released on the same day.

The letter was released nationally with quotes from The London Mayor, West Yorkshire Mayor and Wiltshire, Bath NES and Brighton and Hove Council leaders. Each signatory also sent their own regional version of the press release to their local contacts.

At the time of writing, The Borough of Hounslow Herald, Local Authority Building & Maintenance, Local Government Chronicle, Oxford Mail and London Post have covered the letter.

June has been a busy month for efforts to improve air quality, but our work continues. We believe every day should be Clean Air Day and we will continue to work with local and regional leaders to ensure communities across the country can breathe more easily.

Air pollution is a national emergency - killing thousands every year in the UK.